Synopsis for The Persecution of Mildred Dunlap

The year 1895 was filled with memorable historical events: the Dreyfus Affair divided France; Booker T. Washington gave his Atlanta address; Richard Olney, United States Secretary of State, expanded the effects of the Monroe Doctrine in settling a boundary dispute between the United Kingdom and Venezuela; and Oscar Wilde was tried and convicted for gross indecency under Britain’s recently passed law that made sex between males a criminal offense. When news of Wilde’s conviction went out over telegraphs worldwide, it threw a small Nevada town into chaos. This is the story of what happened when the lives of its citizens were impacted by the news of Oscar Wilde’s imprisonment. It is a chronicle of hatred and prejudice with all its unintended and devastating consequences, and how love and friendship bring strength and healing. 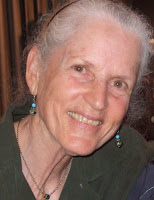 Paulette Mahurin, an award-winning author, is a Nurse Practitioner who lives in Ojai, California with her husband Terry and their two dogs--Max and Bella. She practices women’s health in a rural clinic and writes in her spare time.
Today Paulette answers a few questions about her novel for the readers of Loaded Shelves.


1.      The Persecution of Mildred Dunlap is a thought-provoking novel, what inspired you to write it?  First let me say a big thank, Caragh, for having me over to your great site for this interview.

To answer your question the inspiration came from a real life situation, a person I had been involved with, working with who was in the closet. This individual had been molested, abused emotionally and fearful of coming out well into their adult life. Nothing I did or said helped them feel comfortable to even consider coming out. It pained me. On this backdrop, I started taking a writing class. One day the teacher came in with a stack of photos for an exercise in which we were to write a ten minute mystery. The photo I chose was of two women, huddled very close together, in circa turn of the twentieth century garb, with strangely fearful looking expressions on their faces. It screamed out lesbians afraid of being found out. That was the initial seed for the story which blossomed upon my doing research and coming across Oscar Wilde’s imprisonment for homosexual activity in 1895.

2.      Each chapter begins with a quote from Oscar Wilde. Did you actively seek these out to fit the book or did you already have them in mind? I sought them out. When I started reading about his trial and conviction I was moved to sorrow. Here was a man who fell in love and wanted to be with his lover, as natural a thing as a bird chirping, wind moving clouds, snow melting in the sun, that he could no more change than we can stop being who we are. He was thrown in prison, slept on a hard wooden bed, was fed watery porridge, not allowed pencil or paper and had to walk on a treadmill for six hours a day. For what? Who did he hurt? I read a letter he wrote to his lover while in prison, “De Profundis,” which is one of the most powerful pieces of literature I’ve ever read. A lot of the quotes at the beginning of each chapter come from this. I wanted his presence felt throughout the story. His imprisonment was a watershed moment in history for gay men, a very dark stain on humanity and tolerance.

3.      The Persecution of Mildred Dunlap was, at times, uncomfortable to read given the subject matter but characters such as Charley and Gus made it easier. Did you always intend to have them be the voice of reason in your book or did they just develop into that themselves? They developed spontaneously. They spoke to me and told me to create a balance, that the women couldn’t do it alone, not up against Josie-the antagonist, a metaphor for hatred and bigotry. It really does take a village, a support system, to generate enough love to diffuse that kind of hatred. The story also needed to show change and hope. I felt it would have been too unreal to have that change come from Josie or Mildred & Edra and so the two men were the change agents in the story, the external factors to show that the heart knows what the mind can never envision, of all that is possible.

4.      Your talent for writing is obvious, have you always wanted to be a writer?  Thank you for this very lovely compliment. I can’t remember a time I wanted to “be a writer” but rather writing is something that came to me. I love to write and so I do it. It’s my sanctuary where it’s safe to say what I want without fear of consequences and that is very therapeutic. I’ve never had a lot of time in my life to sit down and write daily, until I became ill with Lyme disease and then there was very little else I could do. In six of the later years I was ill, I wrote the story. In some ways I feel it contributed to my getting better. I’m now about 95% there.

5.      All profits from the sale of your book are going to animal rescue (fantastic!), what made you decide to do this? The Ventura County Star (largest circulating press in Ventura County, where I live, goes out to close to a million readers) did an article on this and I’ll give that link here for anyone who wants to read it. http://www.vcstar.com/news/2012/sep/08/ojai-authors-historical-novel-teaches-tolerance/  The short version is I had a dog, Tazzie, who I was very bonded to. She was a great love of my life. She lived to be 15+ years which is ancient for a Rottweiler. When she died I was devastated and so my husband and I did what we do, went to the kill shelter to save more lives (we’d been involved in dog rescue for the past 28 years) but this time it was hard to pick and leave the others on death row, all those sad faces in cages haunted me. This was around the time the first and only no-kill shelter opened in Ventura County, Santa Paula Animal Rescue Center. It was also around the same time I finished my novel. It seemed a no-brainer to donate the profits to this shelter and thankfully I’m able to do that. (http://www.santapaulaarc.org/ )

6.      Oscar Wilde is one of my favourite authors, with Dorian Gray being my all-time favourite book. Do you have a favourite of his? My favourite of Wildes’ and one of the most profound things I’ve ever read is “De Profundis.”  (http://www.upword.com/wilde/de_profundis.html)  That he wrote this from prison, the dark time in his life, as a self-reflection leaves me hard to find words of description or even praise for it is a raw tortuous inspirational all over the place read. When do we get to peek inside another’s soul like this? It’s one of my all time favourite reads. Thanks for asking this.

7.      Tell us some of your favourite authors/books! Loaded Shelves loves recommendations. There are so many that it is hard to pick one but for the sake of referral another one of my favourite reads is Steinbeck’s “Grapes of Wrath.” Have you read it? (Yes, I read it a few years ago - GREAT book!)

8.      I absolutely adored The Persecution of Mildred Dunlap, and would love to own a physical copy. Where can readers buy your book? All amazon links. Here are a couple:
AMAZON.COM:
http://www.amazon.com/s/ref=nb_sb_noss_1?url=search-alias%3Daps&field-keywords=The+persecution+of+mildred+Dunlap

I had the pleasure of reading Paulette's book and i'm so excited that I can share it with you now!

Red River Pass is a small town that is overwhelmed by the news of Oscar Wilde's imprisonment for sexual deviancy - his crime was that of being gay. Though most of the town found it disturbing gossip, there were a couple of residents who found the disturbances much closer to home. The story of Mildred & Edra's love is beautiful but of course, at the time of Wilde's imprisonment, beauty did not matter when it came to same-sex relationships.

At times, I found the story quite uncomfortable, but not in a I-don't-want-to-read-this kind of way and more a case of being shocked and overwhelmed by the people that Mildred has to face. It is a tough subject matter, even in today's society where we're more open-minded and accepting of the LGBT community.

Mildred is such a lovely character to read and imagine.  She is kind, caring, considerate and loving - even to those who don't deserve her attention. She is equal to all in a world full of intolerance and hate. She is exactly the kind of person that we should strive to be. In opposition of hateful characters such as Josie, Hanah & even Helene, there is Charley and Gus. For me, Charley & Gus were the voice of reason amongst madness and gossip. They are accepting and loyal, no matter their own beliefs. Though Charley points out that Mildred is nothing special to look at, he recognises, and voices, that as a person she is special and she deserves better treatment. Hurray for Charley!

Mildred and Edra have made a friend out of me, and everyone should take a lesson from them - there is no place for  "the ignorance that lives in closed minds everywhere".
Posted by Loaded Shelves at 15:53

Thank you so much, Caragh, for having me over to your great site for this interview and for doing the read and great review on my book. I'm very grateful for this. It's been an absolute pleasure getting to know you.
Paulette